I have had a Raspberry Pi lying around since they were first released and after a couple of hours of tinkering with it I gave up on it and put it back in its box where it has stayed ever since. The Pi is a marvel of engineering but I never quite saw the point of it as a development platform since the PC is ubiquitous and for low power applications there are better alternatives e.g. Ardunio, PIC, etc. 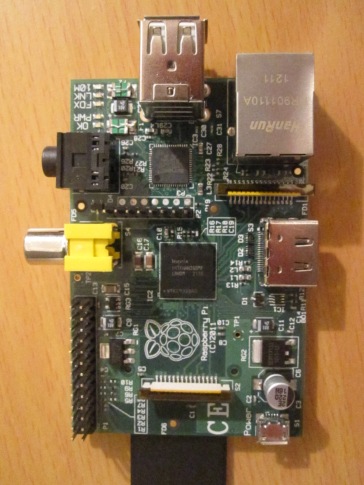 However, having read a blog by David Taylor http://www.satsignal.eu/ntp/Raspberry-Pi-NTP.html regarding using a RPi as a NTP server it occurred to me that this might be something to try over the Christmas holidays.  Especially given that my junk box includes a pair of GPS receivers from many years ago.

An awesome GPS Receiver from many moons ago

The metal box contains a Motorola VP Oncore (circa 1997) and a few bits of electronics.  This is one of a pair that I used for a variety of GPS surveying experiments in the pre-millennium years.  The VP Oncore was widely used as a timing receiver but certain models had the ability to produce raw L1 carrier phase measurements and by combining two receivers in differential mode using my own software it was possible to get centimeter level accuracies; pretty amazing for relatively cheap hardware, in fact results approaching that of survey grade hardware 100x more expensive were possible. (Getting the phase measurements out wasn’t easy; I am indebted to Brooks Shera, no longer with us, for his help working out the details of Motorola Binary to RINEX… fun times!) 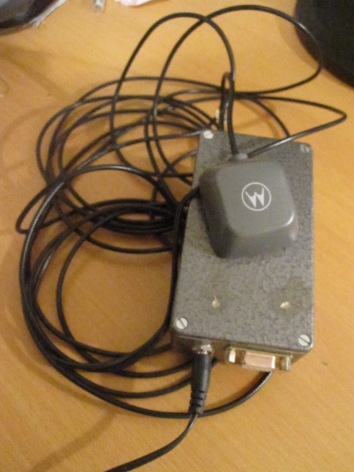 Anyway… so here I have a VP Oncore configured in a configuration that was inspired by the TAPR Totally Accurate Clock project.  i.e. The Oncore module, which interfaces at 5v TTL levels, is combined with a TTL/RS232 converter and provides TX/RX and DCD signals via a DB9 connector.  The DCD is a RS232 level signal providing the output of the PPS from the Oncore, a signal which is 1Hz but has a very accurate rising edge for precision timing (with the coarse output via proprietary 9600 baud 8-bit 1 stop bit serial).  Having the PPS signal on the DCD line formed something of a convention around that era.

Internally, the circuit details have been lost the mists of time (it was a bit of homebrew I knocked up one afternoon) but inspection showed a MAX232 TTL to RS232 converter, a voltage regulator (since the box was powered from a 12v source whilst surveying) and a few bits and bobs to show the PPS signal on a LED. 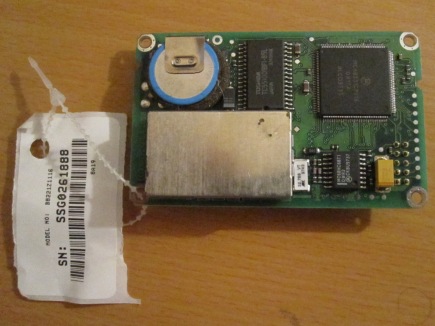 It’s been a long time since the Oncore was powered on and the backup battery did not seem to hold charge anymore.  However a @@Cf command (sent from PC via an old version of the Tac32Multi software) livened up the receiver and after Almanac, Ephemeris etc. had a change to refresh the PPS signal came alive.